« Can I Get Reimbursed for My Attorney Fees?
Why Facebook Can Be a Divorce Lawyer’s Best Friend »

By Lance Owen | Posted in Divorce, Family Law | No comments yet 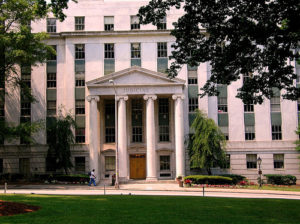 Mr. Owen is dedicated to ensuring that his clients receive just and fair treatment by the courts.  Prior to becoming Mr. Owen’s client the Husband had a divorce petition filed against him here in Georgia.  The Husband, a resident of California, was not personally served with a copy of the divorce case.

The Wife appeared before the judge without giving the Husband any notice of the hearing.   Of course, the Wife obtained a favorable ruling without the Husband being present.

Linkedin
This entry was posted on Tuesday, January 20th, 2015 at 3:00 pm and is filed under Divorce, Family Law. You can follow any responses to this entry through the RSS 2.0 feed. Responses are currently closed, but you can trackback from your own site.