How Much Does A Divorce Cost in Georgia?

Our firm endeavors to bill our clients as conservatively as possible.  We are committed, however, to taking any and all actions necessary to prevail and obtain the results that our clients hope to achieve.   Divorce cases may may become quite expensive based upon a variety of reasons.   Martindale-Nolo conducted a study to find out about the experiences of Georgia litigants with their divorce cases and the costs incurred.

According to the survey, the average divorce in Georgia costs $14,700, including $11,600 in attorneys’ fees. Attorneys’ fees are a significant chunk of the cost of divorce because the average hourly rate for attorneys in Georgia is $280. Your attorney’s hourly rate—plus the rate of any paralegals and other firm staff—factored with the total time spent on your divorce case will determine the amount of attorney’s fees you’ll pay. Other expenses include fees for things like court filings, the cost of copying and sharing documents, and compensation for expert witnesses and consultants (like child custody evaluators, appraisers, or financial analysts).

What Can Increase the Cost of Divorce in Georgia?

Spouses who have minor children or a high-net worth have higher divorce costs than the state average. In addition, if you file for a divorce in Georgia based on fault, such as adultery, cruelty, or abandonment/desertion, the cost of your divorce is likely to be higher than the average.

The most expensive category of divorce in Georgia is one involving children. The cost of a divorce that involves child custody and/or child support issues can be about 50% more expensive than the average. According to our survey results, divorce costs an average of $22,000 in Georgia when minor children are involved, including $18,600 in attorneys’ fees. However, costs for divorce with children are significantly lower for spouses who are able to reach a settlement before trial than those who go to divorce court to let a judge resolve their disputes.

Having a Dispute Over Alimony

Whether or not minor children are involved, divorces in Georgia that involve a dispute over alimony also cost more than the average. In alimony disputes, spouses often disagree on how much the working spouse actually makes or how much the non-working spouse should be able to earn. According to our survey results, divorce involving alimony disputes costs an average of $20,300 in Georgia, including $16,900 in attorneys’ fees.

Getting to a settlement or preparing for trial in these situations can be expensive because of the costs of hiring and reviewing the opinions of financial experts and vocational analysts. And of course, the more alimony a spouse requests, the more the other spouse will fight it, and the more expensive it becomes.

Divorces in Georgia where property needs to be divided cost more than the average, especially for high-net worth couples and couples who have to go to trial on their issues rather than settle them out of court.

According to our survey results, divorce with property division issues cost $20,700 in Georgia, including $16,900 in attorneys’ fees.

At what age can my child select his or her custodial parent? 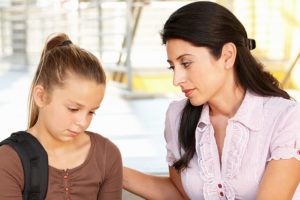 Under Georgia law a court must make a determination as to what arrangement will serve a child’s best interest when making an initial custody decision. When modifying a prior Custody Order the court must first determine that there has been a “material change of conditions or circumstances” since the previous Custody Order was entered. If the court finds that there has in fact been a material change of conditions or circumstances then the court may then determine if a different arrangement would better serve the child’s best interests.

A child’s age has a substantial affect on custody determinations. A child that has reached the age of 14 has the right to select his or her custodial parent. A child’s custodial parent is the parent with whom the child resides for the majority of the time. The right of the child to select his or her custodial parent is not automatic once the child has reached the age of 14 because a court case must be filed to obtain an Order from a judge modifying the prior Custody Order. The court must determine that the child being placed in the selected parent’s physical custody will serve the best interests of the child, bu the law requires the judge to presume that the child’s election is in his or her best interest.

A provision under Georgia law that is often overlooked by many lawyers provides that a child may only elect his custodial parent once every two years. So, if a child elects to reside with one parent then in theory he or she must remain in that parent’s custody for a period of two years before he or she can make a different election. There are ways that a competent attorney can navigate around this restriction and file a file a new modification case within the two year period.

When a child has reached the age of 11, but has not yet attained the age of 14, the Court is required to consider the wishes of the child with regard to his or her custodial parent. The child’s wishes, however, shall not be considered determinative until the child reaches the age of 14. Furthermore, the law provides that any case seeking a modification of physical custody cannot be based solely on the wishes of a child that is younger than 14 and that there must also be a material change of conditions or circumstances to accompany the child’s election.

Periodic alimony will no longer be tax deductible by the payor or taxable to the recipient beginning January 1, 2019. 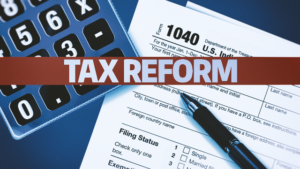 The traditional approach to the deductibility and taxability of periodic alimony payments may seem to be a “wash” as far as the federal government is concerned. Why should it care? One party deducts the payments and the other party claims the payments as taxable income. Quite often, however, the ex-spouse that is paying periodic alimony is in a higher tax bracket and the tax dollars that he or she saves are substantially greater than the additional tax dollars that the recipient ex-spouse must pay since that spouse is often in a lower tax bracket. The federal government has wised up to this.

If you are paying alimony based on a divorce agreement or divorce decree entered prior to December 31, 2018, you can relax. You are “grandfathered in”. Your payments will continue to be tax deductible and your ex-spouse will have to continue claiming the payments as income.

So, what will be the practical effect of these changes moving forward? In my experience judges have typically given consideration to the amount of taxes saved by the payor and the amount of additional taxes paid by the recipient whenever they have set an alimony obligation. I see no reason why judges will not take into consideration the fact that alimony is no longer tax deductible or includable in gross income moving forward, and I see no reason for them not to adjust the obligation based on the new tax rules.